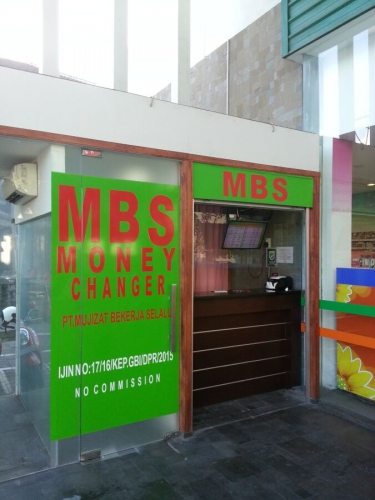 The money changer is in Nusa Dua on the Bypass Ngurah Rai street, next to the Pepito supermarket.

Screen with currency rates. The photo was taken on August 1st, 2016. 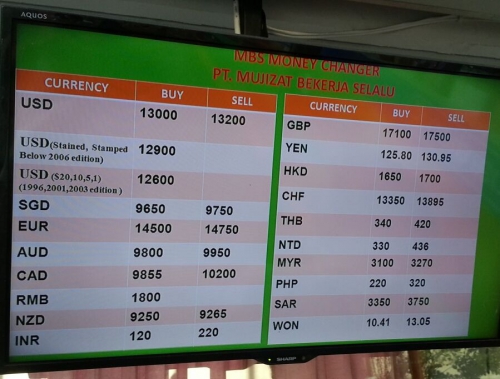 US dollar exchange rate depends on several factors. Denominations of US dollar greater than $20 issued after 2005 in good condition are accepted at the highest rate. Stained, stamped notes and notes issued before 2006 are bought at a smaller rate. Finally, small denominations ($20, $10, $5, $1) and 1996, 2001, 2003 editions have the smallest rate.